Why did my AirPort Express stop working?

Apple has changed a few things about AirPlay that forced me to stop selling Porthole and retire it as a product in 2017. Then it was just the Apple TV, but in August 2018 Apple released a breaking update for the AirPort Express as well. This means that Porthole won’t work anymore with firmware 7.8 and up.

Luckily there are a few alternatives. If you use a recent version of macOS, you can actually go into your Sound preferences and select your AirPlay device there. (Use this shortcut to make it almost as convenient as Porthole.)

If you want to stream to multiple AirPlay devices at the same time, you can either have a look at Rogue Amoeba’s Airfoil or wait until the next installment of macOS and iOS are released (probably by the end of September). iOS 12 and macOS Mojave have support for AirPlay 2, which allows you to stream to multiple devices out of the  box!

Finally you can downgrade the firmware of the AirPort Express to the previous version fairly easily. To do this, open the AirPort Utility on your Mac. 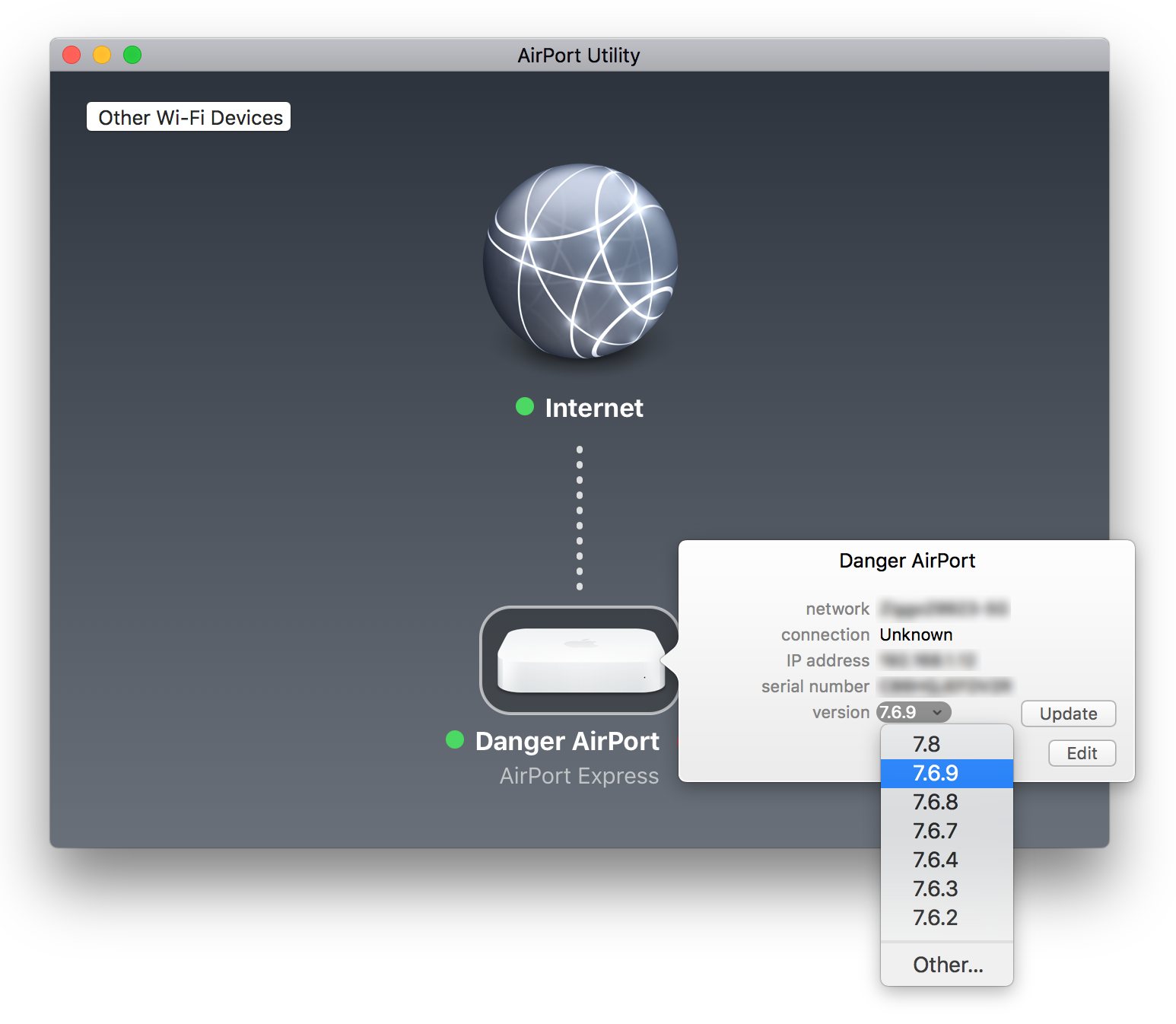